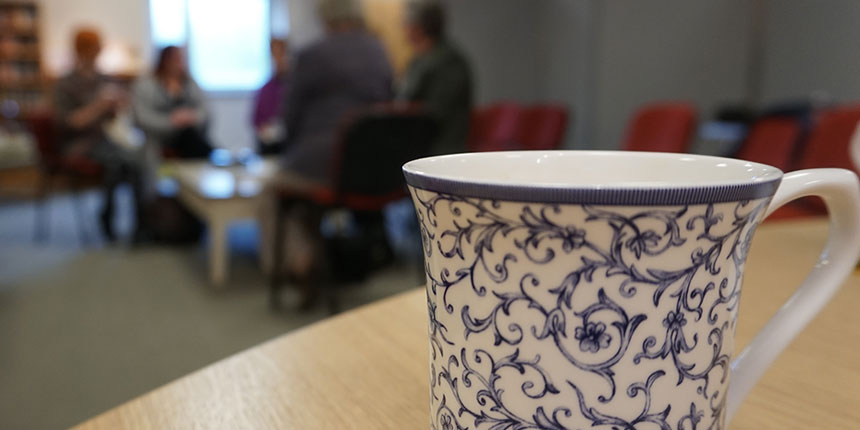 Free-flowing and sincere conversations about suicide, loss, mortality and faith instantly highlighted how a lifetime of following convention by avoiding such topics has left me desperately unprepared for the death of a loved one. My first visit to a Death Cafe revealed how looking at the difficult subject differently can provide comfort through understanding – Gareth Samuel writes on behalf of Ecclesiastical Planning Services.

Death Cafe, for those who don’t know, is not-for-profit ‘social franchise’ that operates group directed discussions about death and dying over tea and cake. Jon Underwood of Hackney, East London, founded Death Cafe in 2011 after he noticed just how uncomfortable people are with talking about death. The aim of Death Cafe is to ‘to increase awareness of death to help people make the most of their (finite) lives.’

“There can be such a thing as a beautiful death,” Simon (all names have been changed to protect the privacy of individuals) informed me near the beginning of our roundtable conversation. I was sat on one of four full tables, which made up the group, along with five other people of mixed age and gender, frankly chatting about the way death is misrepresented in the media.

“In films death is so dramatic. But most often it isn’t like that. It’s a slow and peaceful process of the higher and lower functions slowly shutting down,” Simon continued. “Unfortunately that doesn’t make very good TV,” he chuckled. I laughed too, nervously.

As I arrived at The David Rayner Building on the outskirts of Cambridge, I was unnerved to learn that its primary function was as a cancer help centre. Walking through the automatic doors to the building, I thought back to the advert I had seen online for the Death Cafe which had said: “We meet simply as a collection of people who are going to die.” I had taken this statement as an existential one, but as I signed in and walked towards the cordoned-off corner of the large room where the Death Cafe was taking place, I wondered if my being here, as someone without a serious illness, wasn’t entirely appropriate.

“You can join our table,” welcomed Jo, the friendly Death Cafe coordinator, who beckoned me over to the vacant chair around the table of six. I quickly took my seat and gently introduced myself before the conversation picked up where it had presumably left off.

“We were just talking about suicide,” Daniel spoke as he restarted his point. “Often a family can feel anger and grief when someone commits suicide,” he said.

“Someone in my family killed themselves,” said Gill, who was sat on the far side of the table, quite frankly. My immediate reaction to this was to lurch forward in discomfort and tell her how sorry I was for her loss. But I stopped myself in the realisation that this was not the environment for sympathy or remembrance. Instead, Gill continued to talk about the death, how her family member had been prior to his suicide and how it had affected the family. She talked openly about her opinions on the death, the motivations and how her family was coping. I quickly realised how normalising discussing death in this way was. When Gill finished her story, another member of the table followed her train of thought and spoke about the suicide of someone she knew. It was astonishing to learn how many people had been affected by suicide and how easily they spoke about it in an environment where they felt comfortable doing so.

Following our conversation about suicide we moved onto how people felt about their own deaths. In our circle, certain people were quieter than others and I couldn’t help speculating about their individual circumstances.

“I sometimes forget that there are people who still fear death,” Jo put to the table.

“I fear death,” Ryan said with trepidation. This was his first comment after nearly an hour of lively, if frank, conversation.

“What do you fear about death?” asked Daniel.

“It’s the not being here,” he said. “The missing everything I love in life,” Ryan replied.

“But assuming there is nothing else, which I don’t believe myself, you’ll not be there to miss it,” Daniel went on. The group listened intently as conversation shot around the circle, people giving their thoughts on why they did or didn’t fear death and what they believed it would mean to die.

“I think Woody Allen put it best,” Simon said, “when he said: ‘I’m not scared of death, I just don’t want to be there when it happens,’ and you won’t be,” he continued.

Simon went on to explain to the table the concept of a ‘beautiful death’, which he had once witnessed, whereby the functions of a dying man had all shut down, rendering him unknowing of his situation and yet able to unconsciously place his hand on his dog just as he died. The story left me feeling rather more relaxed and informed about what it means to die and how in most circumstances, death is not painful or even conscious, but it is the unknowing passing of the mind to whatever is next for us all.

When the half-time break came, I was grateful for a cup of tea and a biscuit. Afterwards, Jo called us back into a circle to share details of the conversations we’d each had including how the Death Cafe had helped us to think differently about death and dying. What struck me was the number of different responses people provided, questioning why death and dying is such a taboo subject and why we are all therefore so uncomfortable talking about it. One young girl, Suzy, surmised her experience with the sentiment: “It has been refreshing to have a sincere conversation about something we are otherwise never allowed to talk about.”

As I said goodbye to the people I had talked so intensely with over the last two hours, I noted how inclusive they had all been. The Death Cafe really had been a place beyond judgement and indiscriminate of situation. As a place to talk, it could hardly have been more inviting.

Walking back through the car park as it began to rain, I realised that the two hour session had passed almost instantly and how the topics we had shared stayed with me on my journey home. Having these open conversations about death and dying had clearly helped the members of the group to share how they felt about incidents close to them, without risking offending anyone. It was the normalisation of a subject we usually avoid that left me questioning why I am so averse to talking about death in other social situations.

My first experience of a Death Cafe left me feeling better informed about death and dying, and I realised that perhaps death needs a specific place to be spoken of. For many, myself included, death and dying will always be an uncomfortable subject to bring up around the dinner table. Death Cafe, I believe, is therefore a brilliant movement for helping people to learn and speak openly about the issues surrounding mortality. I would recommend everyone to visit one, and you can find out about Death Cafes in your area by clicking here. 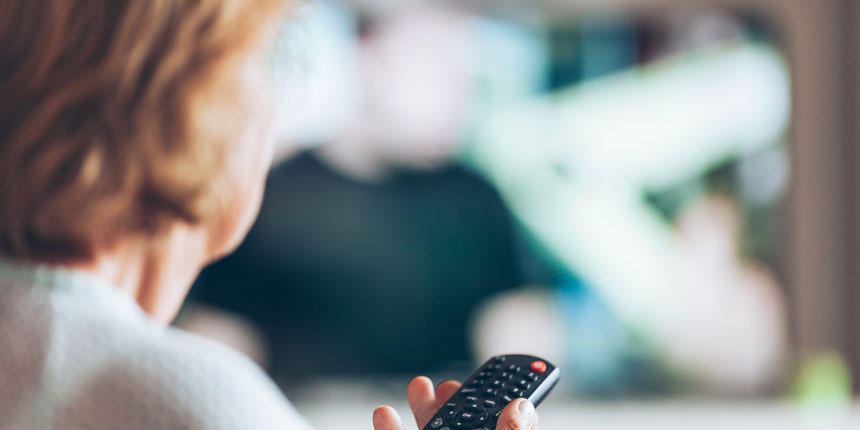 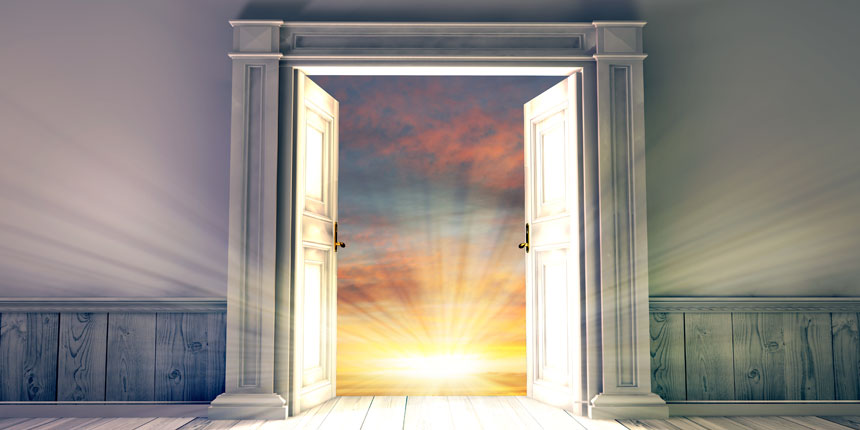 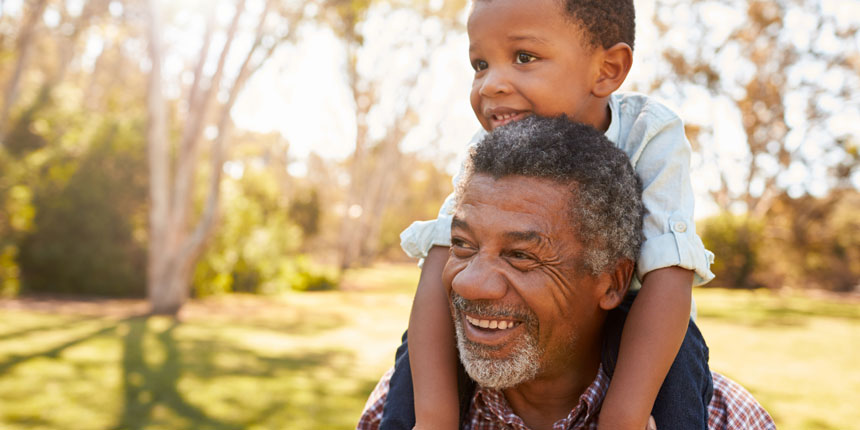