B. Gibbs Funeral Services Ltd is a family-run business serving the communities of Chard and the surrounding areas. Owners, Barry and Claire opened the doors of their first funeral home in 2011 and, with the support of local families, later expanded into the nearby town of Illminster.

Barry is well known in the area from his days as a postman. He began working as a bearer in 2001 and quickly realised that supporting families through the difficult task of arranging a funeral was a rewarding and fulfilling role that he wanted to pursue. In 2006, Barry went on to achieve his diploma in Funeral Directing.

Having played an active role in the opening of B. Gibbs Funeral Services, Claire officially joined the business in 2015 when she retired from her role as a Nurse after more than 30 years.

Barry and Claire are joined by a team of professional staff. Together, they strive to deliver the highest standards of funeral care to each and every family served. As a proud member of the National Association of Funeral Directors, B. Gibbs Funeral Services adheres to a strict Code of Practice. The team is pleased to provide a selection of pre-paid funeral plans supported by Ecclesiastical Planning Services. 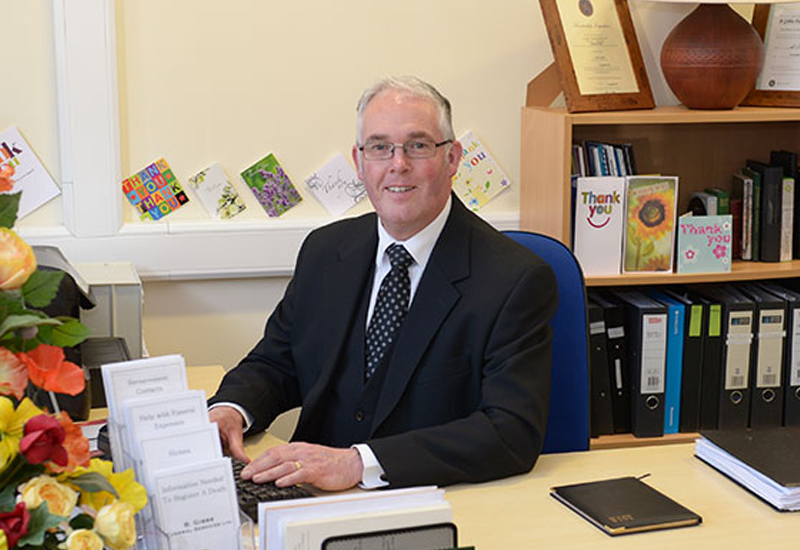