Recent research shows that people aged 50 and above are divided when choosing whether or not to have flowers at their own funeral service. 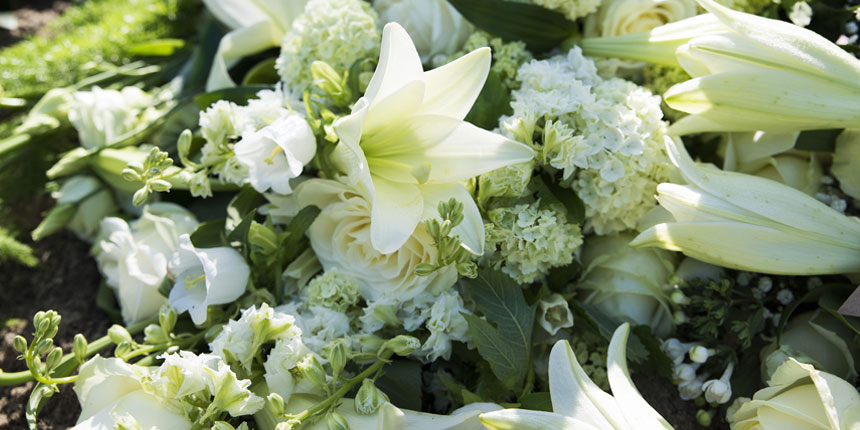 Of those who said they would like flowers, roses and lilies are the most popular choice, indicating that people have a penchant for tradition when it comes to funeral flower displays.

Perhaps unsurprisingly, there was a vast difference in the answers provided by men and women. Nearly three quarters of those who answered positively were female (69%), with 47% of the total women asked revealing that they would like to have flowers at their service. Comparatively far fewer men wanted flowers at their funeral service, with just over a quarter of men answering positively (28%).

Respondents were also asked what type of flower they would most like to have at their funeral service. Interestingly, many of the answers provided were very specific, with descriptions such as “wild flower assortment with lily of the valley” and “red roses and gypsophila”. The most common flower choice however was unquestionably red roses, with white lilies also proving popular. While many respondents expressed that they would be happy with the seasonal flowers for the time of their death, one respondent jokingly said that they would choose “holly, ivy and red berries, so I shall have to die in winter.”

Marketing Manager, Emma Simpson, said: “What really stands out from these results is that people are divided on whether they would or wouldn’t like to have flowers at their funeral service. We have seen a trend towards people opting for charitable donations in lieu of flowers.

It’s also remarkable to see how many people would choose to have traditional funeral flowers, such as lilies and roses. It’s an interesting time in the funeral industry and we often hear about the modernisation of funeral services, so it’s fascinating that when people are asked to choose their own funeral arrangements, so many opt for tradition. These details, and any other special requests you may have for your funeral, can all be included in a pre-paid funeral plan.”

Source: OnePoll research of 519 men and women aged 50 and above on behalf of Ecclesiastical Planning Services, December 2018.