Recent research has revealed that nearly half of people aged 50 and above believe in the concept of a ‘good death’. 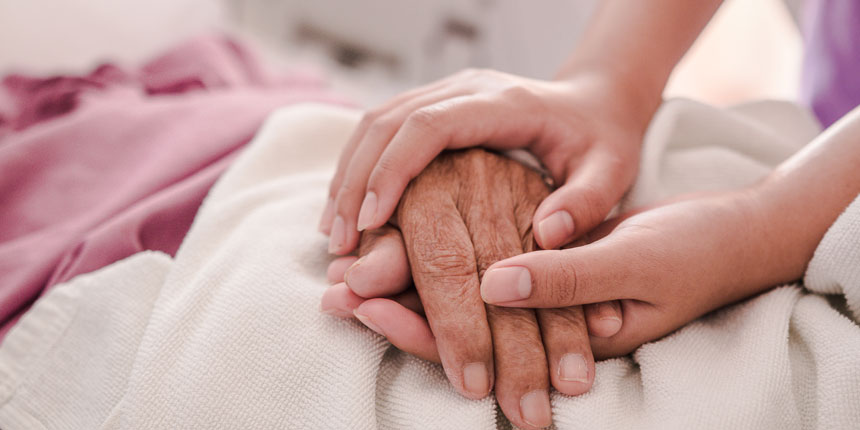 Passing away peacefully, without pain and at a time when affairs are in order appear as the most popular definitions of the idea.

In a recent survey we asked 1,000 people aged 50 and over whether they believed generally in the concept of a ‘good death’. This is often discussed at Death Cafes and encourages people to proactively consider the circumstances in which they would like to die, if the choice were theirs.

To expand on the idea and peoples’ understandings of a good death, respondents were also asked to explain in a few words what it means to them. Nearly 300 people took the opportunity to express an opinion and provided detailed answers about what they feel characterises a good death.

By far, the most common responses were around a ‘pain-free’ and ‘peaceful’ death. Many people also provided answers around the circumstances such as: “With your family around you,” or “Contentment and safety in the setting.”

For many, ensuring their affairs are in order and that those who are left behind are looked after and protected proved important. One respondent specifically explained that their idea of a perfect death is about: “Dying peacefully in your own home with all your affairs in order.”

Marketing Manager, Emma Simpson, said: “It’s interesting to see how people define the idea of a good death. In a recent article about Death Cafes, we considered this topic. We recommend making a will and taking out a funeral plan to ensure your affairs are in order which is another key concern. A funeral plan can be a cost effective way to make financial provision and ensure your funeral arrangements are known, which reduce the worry for both planholders and their loved ones.”

Speak to your local funeral director today to learn more about the benefits of taking out a funeral plan.